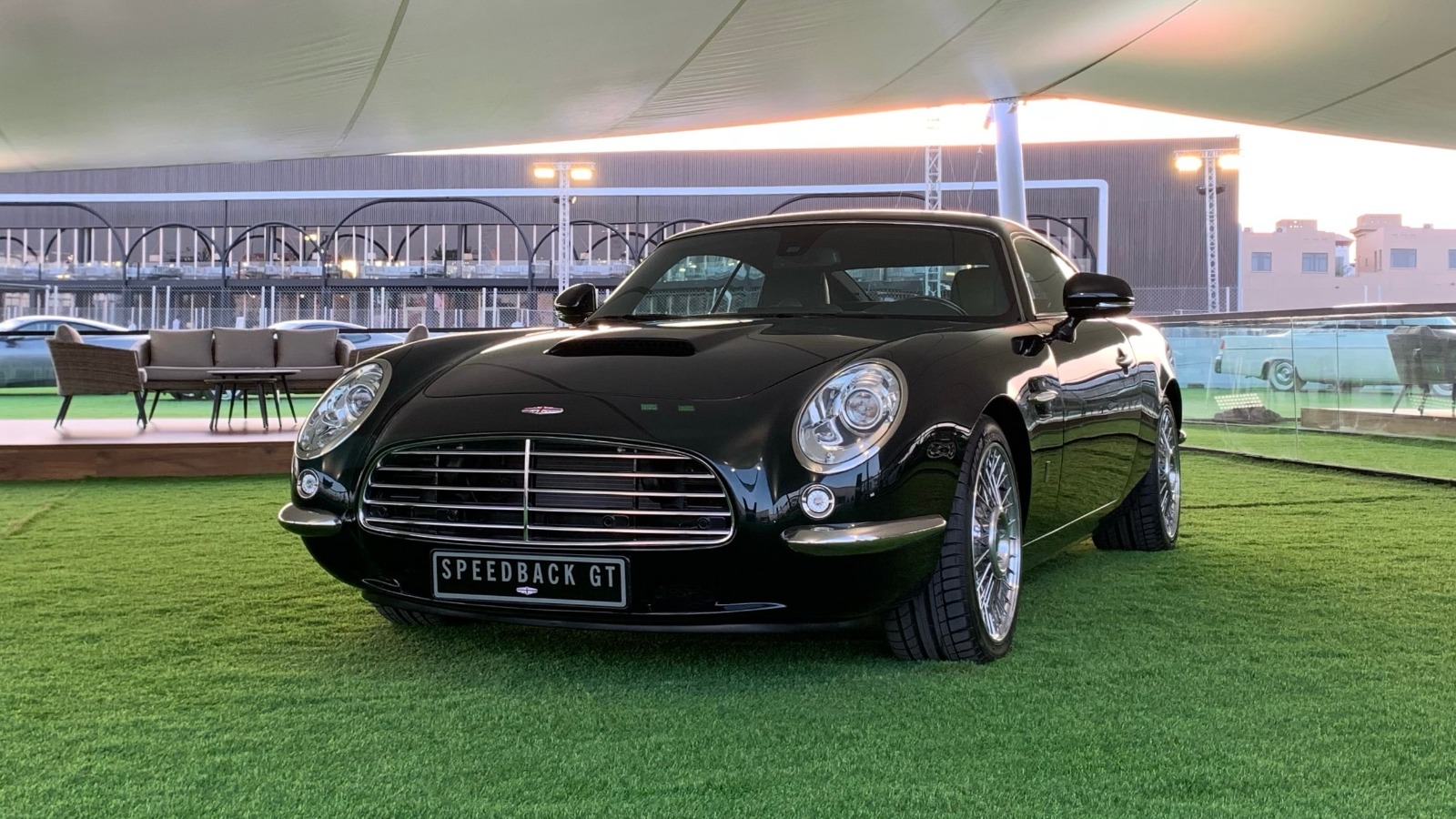 – David Brown and the global marketing team are in attendance at the event, which runs until Sunday, 28th November 2021

Riyadh, Saudi Arabia (18th November 2021): David Brown Automotive is showcasing Speedback GT at the Riyadh Car Show, having been exclusively invited to attend alongside a small number of other premium automotive manufacturers.

Speedback GT is making its Saudi Arabia public debut at the show, which runs until Sunday, 28th November 2021, as the brand continues its successful global growth plans in the region with first deliveries of both Speedback Silverstone Edition and Mini Remastered being completed in 2021.

True to all David Brown Automotive models, Speedback GT is fully bespoke, providing scope for all customers to personalise their vehicle with detail and bring a unique style to life. No two Speedback GT’s will ever be alike, with limitless exterior and interior combinations to create a true expression of style and character.

The Speedback GT on display at the event features a deployable picnic seat, which houses leather trimmed insulated flasks, a Scottish woollen picnic blanket, and as a nod to the region, a luxury wooden case containing gourmet dates.

The first model off the David Brown Automotive production line, and the staple of the brand’s product line-up since its launch in 2013, Speedback GT is the culmination of the famous automotive designer’s lifelong dream. Hand-made to order in the Silverstone build facility of David Brown Automotive, the model has a 5-litre twin-scroll supercharged V8 engine that delivers 510 bhp and 0-60mph sprint in an enviable 4.6 seconds going on to a limited top speed of 155 mph (250 km/h). A maximum torque of 461 lb.ft. (625 Nm) provides discretionary performance and ample cruising ability.

Inside the cabin, traditional hand craftsmanship is exquisitely combined with state-of-the-art engineering and technology. Master craftsmen and women take over 2,000 hours working with Britain’s finest materials to create a bespoke interior to each vehicle.

“We are honoured to have been invited to showcase Speedback GT at the prestigious Riyadh Car Show. We have had great interest from the Middle East ever since our launch in 2013, and we are extremely proud to be able to bring the car to the region for the first time. Thank you to the House of Saud for welcoming us to this esteemed event.”

David Brown is in attendance at the show, as is representatives from the sales and marketing team. The Silverstone-based manufacturer sold its first Speedback Silverstone Edition and Mini Remastered in the region for the first time last year. The brand also has local representation for sales and aftercare.