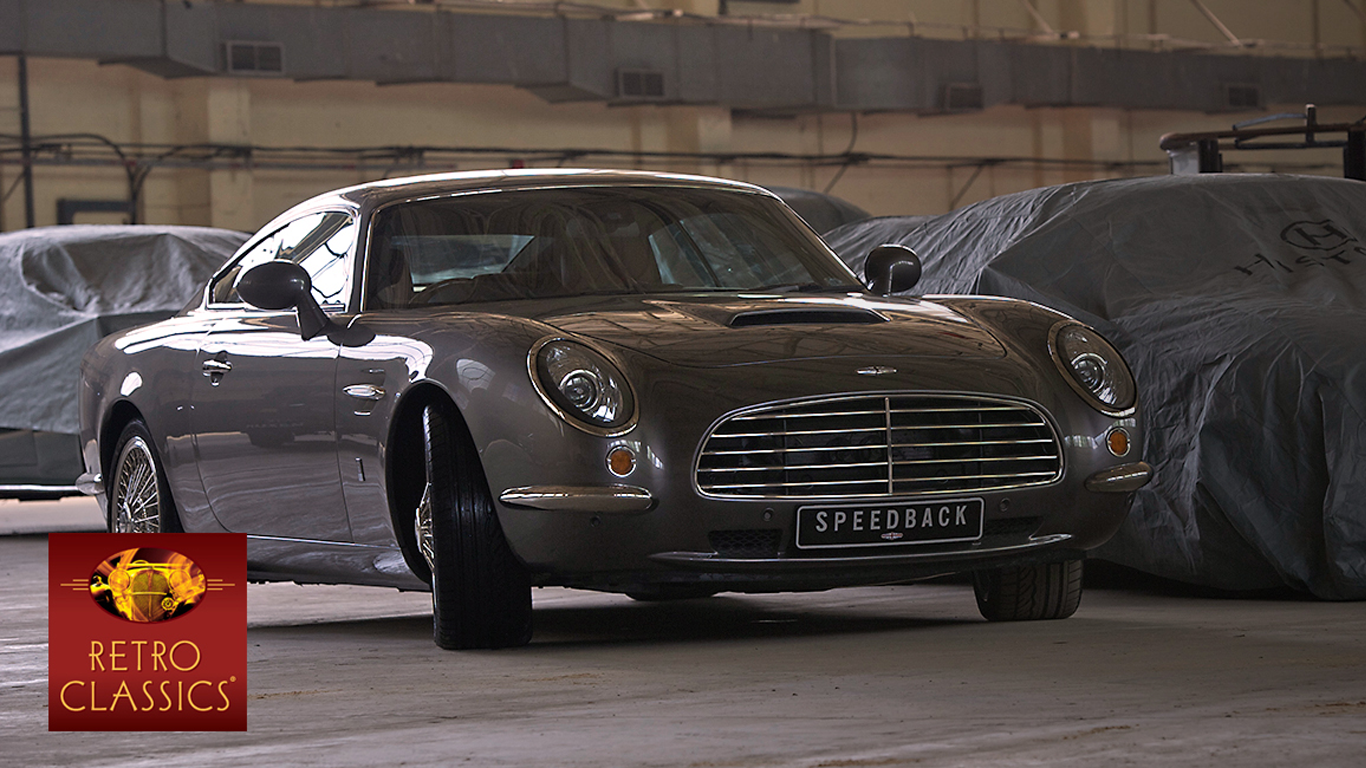 – Over 80,000 visitors expected as Speedback showcases the best of British craftsmanship to German market

Coventry (10th March 2015): With 2014 having been a resoundingly successful launch year for Speedback GT, David Brown Automotive is celebrating the car’s 1st anniversary with an appearance at one of Germany’s foremost car shows, Retro Classics in Stuttgart, which showcases both glorious classics, as well as ‘young timers’ and select new vehicles, to a discerning audience. The show takes place between the 26th and 29th March at Stuttgart’s Landesmesse.

With the Speedback GT’s unique mix of qualities that combine the latest in drivetrain technology and modern engineering techniques along with the car’s retro styling twist on a modern ‘Grand Touring’ design, the car will undoubtedly find an army of new fans amongst the show visitors.

The company will also use Retro Classics to showcase its first bespoke alloy wheel design for Speedback: an option that will sit alongside wire wheels that have been a distinctive feature on the car since launch. The spokes of the 19” alloy wheels, which have been uniquely designed in-house by the David Brown Automotive design team, are reminiscent of the Union Jack.

“Since the car first appeared a year ago, we have had a very strong response in Germany”, says David Brown. “Several of our early orders have been into the market, so we are very aware that Speedback has many qualities that resonate very strongly with affluent German enthusiasts. Retro Classics is a perfect place to kick off our 2015 show programme and we plan to take the car to other selected venues in Germany after the show.”

Visitors will be able to come and see the Speedback and talk to members of the David Brown Automotive team in Hall 1, Stand No. C55. David Brown will also be available on the stand on the preview afternoon (Thursday 26th March) to take questions. For more information on Retro Classics, please visit: www.retro-classics.de