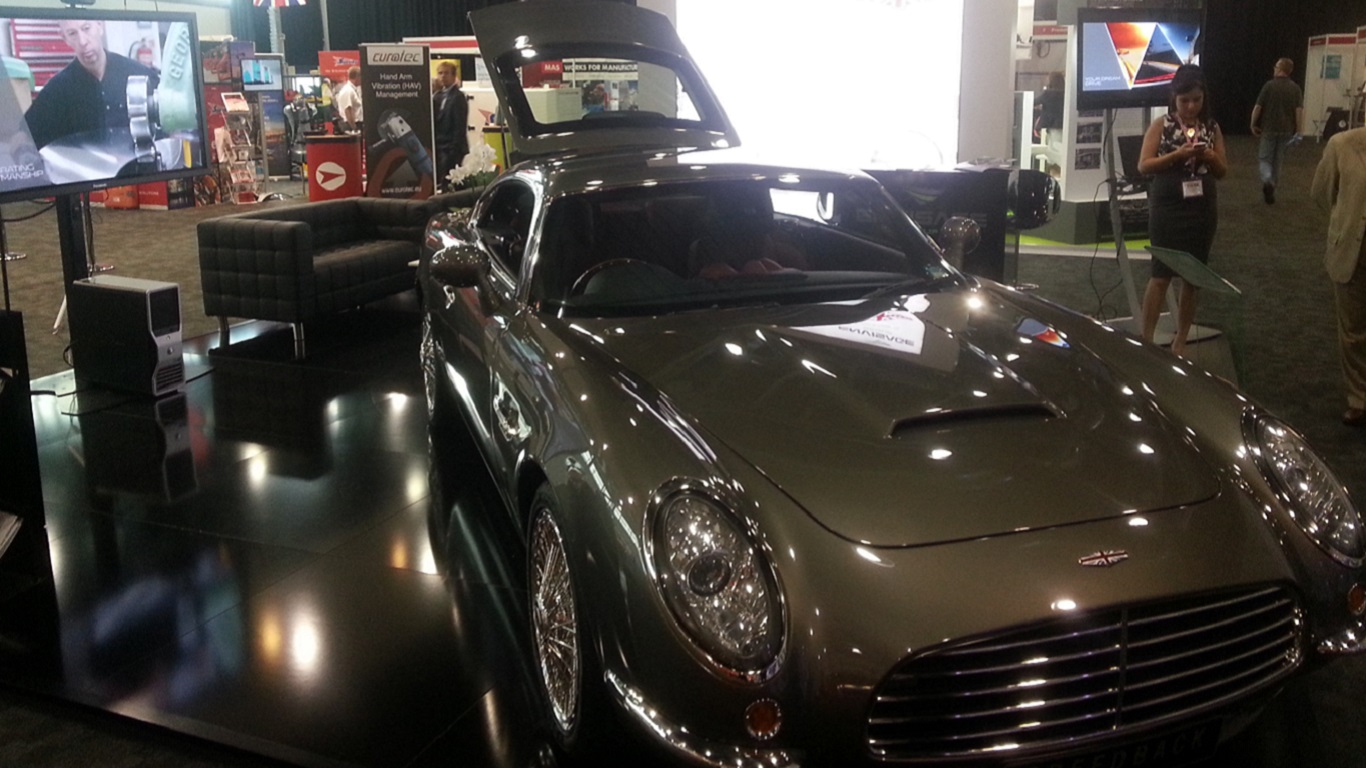 Speedback to feature at Made in the UK exhibition

– Quintessentially British car set to be star of the show

– David Brown to present Made in the UK Aviation Award

Coventry (17th July 2014): The David Brown Automotive Speedback GT will be on display at the Made in the UK exhibition in Liverpool on 21st and 22nd July. The unique hand crafted car, which was designed, engineered and manufactured in the UK, will form the centre piece of the stand for Envisage Group: the company responsible for helping to bring the first Speedback to life.

Based at the BT Convention Centre in the Liverpool Docks, Made in the UK brings together the very best of manufacturing in the UK from sectors including Food & Drink, Energy, Medical and Aerospace & Defence. The David Brown Automotive Speedback will feature in the Advanced Automotive Engineering sector on the Envisage Group stand (stand 1).

“We are delighted to be able to be involved with Made in the UK”, says company founder and CEO David Brown. “Speedback is entirely produced in the UK using the best coachbuilding skills the country has to offer. It was my dream to bring back a car that echoes the UK’s rich history of classic coachbuilding, while utilising the very latest engineering and technology on offer. I hope the visitors to the exhibition will be able to see that we have achieved just that.”

As well as being on hand to discuss Speedback with visitors to the exhibition, David Brown will also attend the National Made in the UK awards held on Monday evening to present the award for the Aerospace & Defence sector. The award will go to the company deemed to have made the biggest impact in their sector in terms of employment, growth or exports.

Potential customers who are unable to attend the event are invited to register their interest via the company’s website: www.davidbrownautomotive.com. Fans can also join the conversation on Twitter and Facebook using #HistoryInTheMaking.