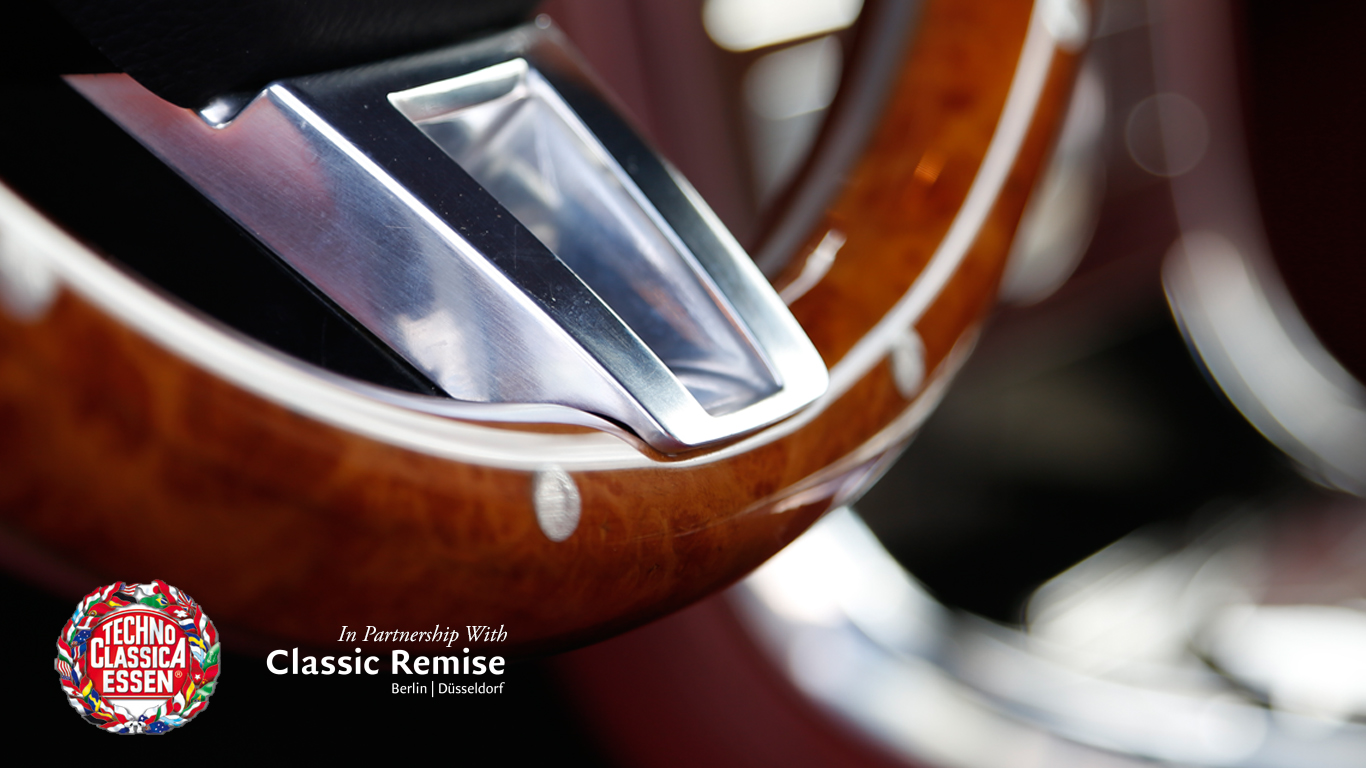 – Following Speedback’s highly successful appearance at Retro Classics in Stuttgart, the car will now feature at a second leading German show
– Over 190,000 visitors from around the world expected to descend on the Essen show as Speedback showcases the best of British craftsmanship
– Show appearance rounds off Speedback’s recent 1st anniversary celebrations

Coventry (13th April 2015): Hot on the heels of Speedback GT’s recent showing at Retro Classics in Stuttgart, David Brown Automotive is delighted to announce that the car will be making an appearance at Essen Techno Classica Essen, the largest classic car show in the world.

Featuring on the Classic Remise stand at the event, held between 15th and 19th April, the display of Speedback GT follows its highly successful appearance at Classic Remise Dusseldorf, the famed centre for vintage cars which is hosted in a magical historic locomotive building.

With Speedback GT’s enviable mix of qualities combining the latest in drivetrain technology and modern engineering techniques along with the car’s retro styling twist on a modern ‘Grand Touring’ design, the car will undoubtedly find an army of new fans among the show visitors, reinforcing its recent reception at Retro Classics.

“We have had a very strong response in Germany since the early days of Speedback,” says David Brown. “We’ve taken several orders from the market, so we are aware that Speedback has many qualities that resonate very strongly with affluent German enthusiasts.

“We were thrilled with the recent response at both Retro Classics and Classic Remise Düsseldorf, and believe our appearance at Techno Classica Essen will only heighten interest of Speedback further, particularly given the show’s strong international visitor profile.”

Marcus Keller, head of the classic car branch of COMCO Leasing (www.comco-classic-cars.de), which has hosted Speedback at Classic Remise, and will do so again at Techno Classica commented: “Speedback has had such an incredible reaction during its stay in Düsseldorf that it seemed an obvious progression to take it to Techno Classica to garner it even more attention. Speedback sits beautifully alongside the collection of vintage and classic cars at Classic Remise and so will be a stunning addition to the stand at Techno Classica.”

Visitors will be able to see Speedback and talk to members of the David Brown Automotive team in Hall 3, Stand No. 405. David Brown will also be available on the stand to take questions by appointment.