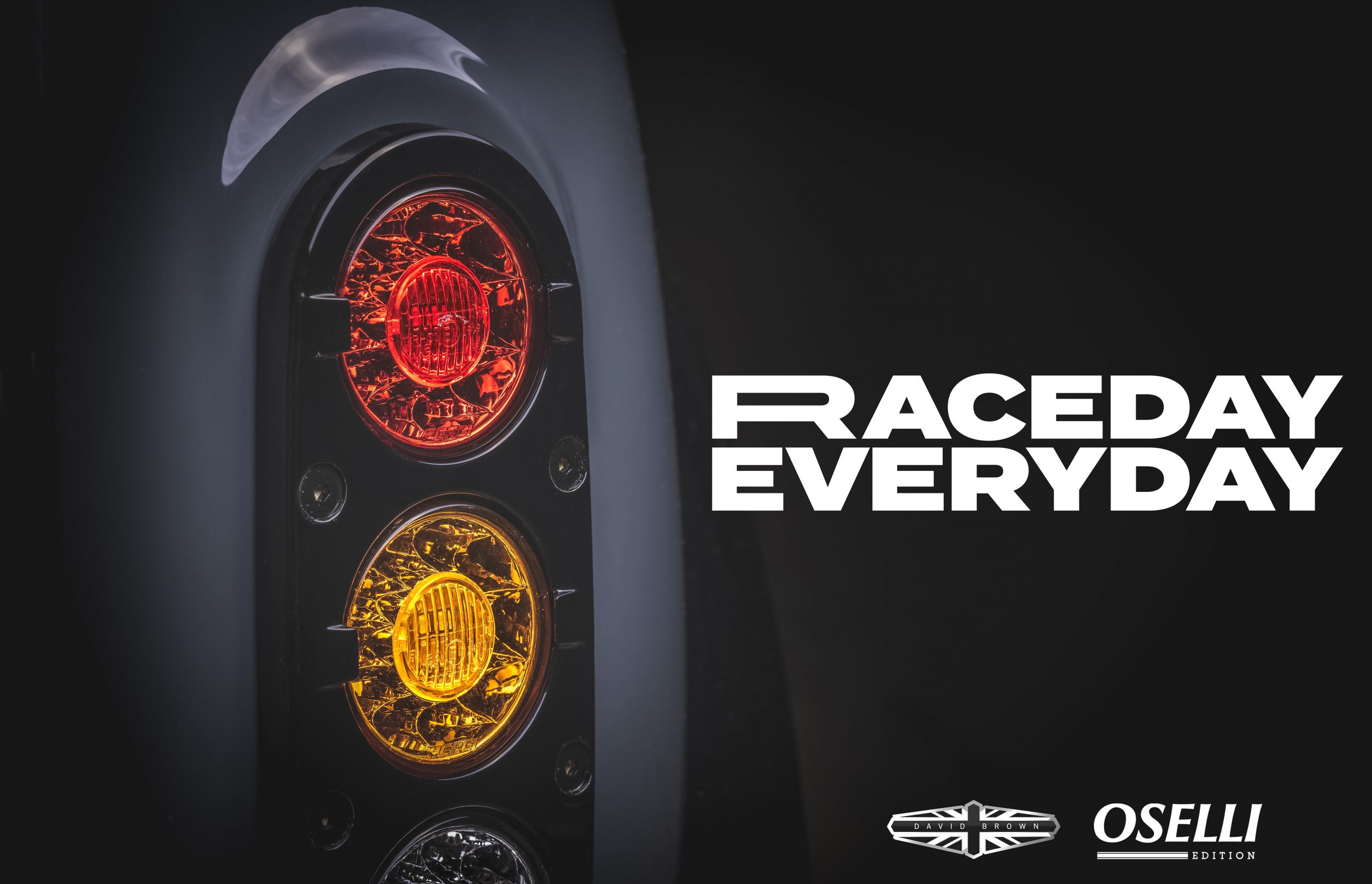 –  David Brown Automotive readies the full unveil of the ultra performance-focused Mini Remastered, Oselli Edition to take to the roads – or the racetrack – for the first time

– First announced in 2019, David Brown Automotive and Oselli have been working hard to hone the ultimate driving experience in the world’s favourite city car

– Limited run of 60 cars for Mini Remastered, Oselli Edition expected to sell out with sold commissioned cars already in build

– First production car will be ready by the end of April, with performance stats and product details revealed soon

Silverstone, England (6th April 2021): David Brown Automotive is getting ready to mark the start of production of their new Mini Remastered, Oselli Edition model– the performance version of the luxury marque’s celebrated classic city car – with the first hand-made models expected out of the workshop by the end of April. Hand-crafted in Silverstone and with a drivetrain engineered in partnership with Oselli, the acclaimed engine tuning specialist, first founded in the 1960s, the one-of-a-kind and race-ready city car will be the most powerful Mini Remastered ever created. Designed and engineered to have a dual personality, Mini Remastered, Oselli Edition is just as comfortable on city streets as it is on the racetrack.

Mini Remastered, Oselli Edition was first unveiled towards the end of 2019, and David Brown Automotive has been working hard with the team at Buckinghamshire-based Oselli since to refine the high performance version of the classic city car, which will be limited to 60 bespoke models. The partnership with Oselli allows for significant enhancement of the Mini Remastered ‘A-series’ engine, with capacity increased to 1,450cc, featuring twin SU carburettors, alongside other performance upgrades, to give a driving experience that delivers buckets of torque for a thrilling driving experience. The powertrain upgrade also facilitates the inclusion of a five-speed gearbox.

In addition to performance enhancements around the powertrain, the Mini Remastered, Oselli Edition is bolstered with other notable performance enhancements all around the car. The model benefits from uprated braking and suspension components that are brought in to handle the extra power and speed, while high-speed approved tyres are mated to larger and wider 13-inch wheels to keep up with the technical handling of the car.

A number of new design options also live up to the standard of the performance-orientated classic car’s sporty look and feel. Mini Remastered, Oselli Edition can be ordered in either a two- or four-seat configuration, with the two-seater featuring bucket seats shaped for a thrilling ride and a rear hand-trimmed roll cage, while a four-point seatbelt harness only adds to the feel of a car intended for the racetrack.

“We are very pleased to have the first examples of Mini Remastered, Oselli Edition almost ready to hit the road – or the racetrack. Alongside our engineering partner, Oselli, we are committed to making sure this performance version of Mini Remastered is the complete package, so alongside challenges around the pandemic, this model has been in planning for longer than usual, but only to allow us to perfect the ultimate race-ready city car package. This car is truly in a class of its own as a fun and spirited small car that can be enjoyed around town in the week, and then taken to the track at the weekend offering customers true versality.”

All of David Brown Automotive models are hand-built in their Silverstone-based workshop by a team of high-skilled technicians. More information on exact specification and configuration options for Mini Remastered, Oselli Edition will follow and be announced at the beginning of May.