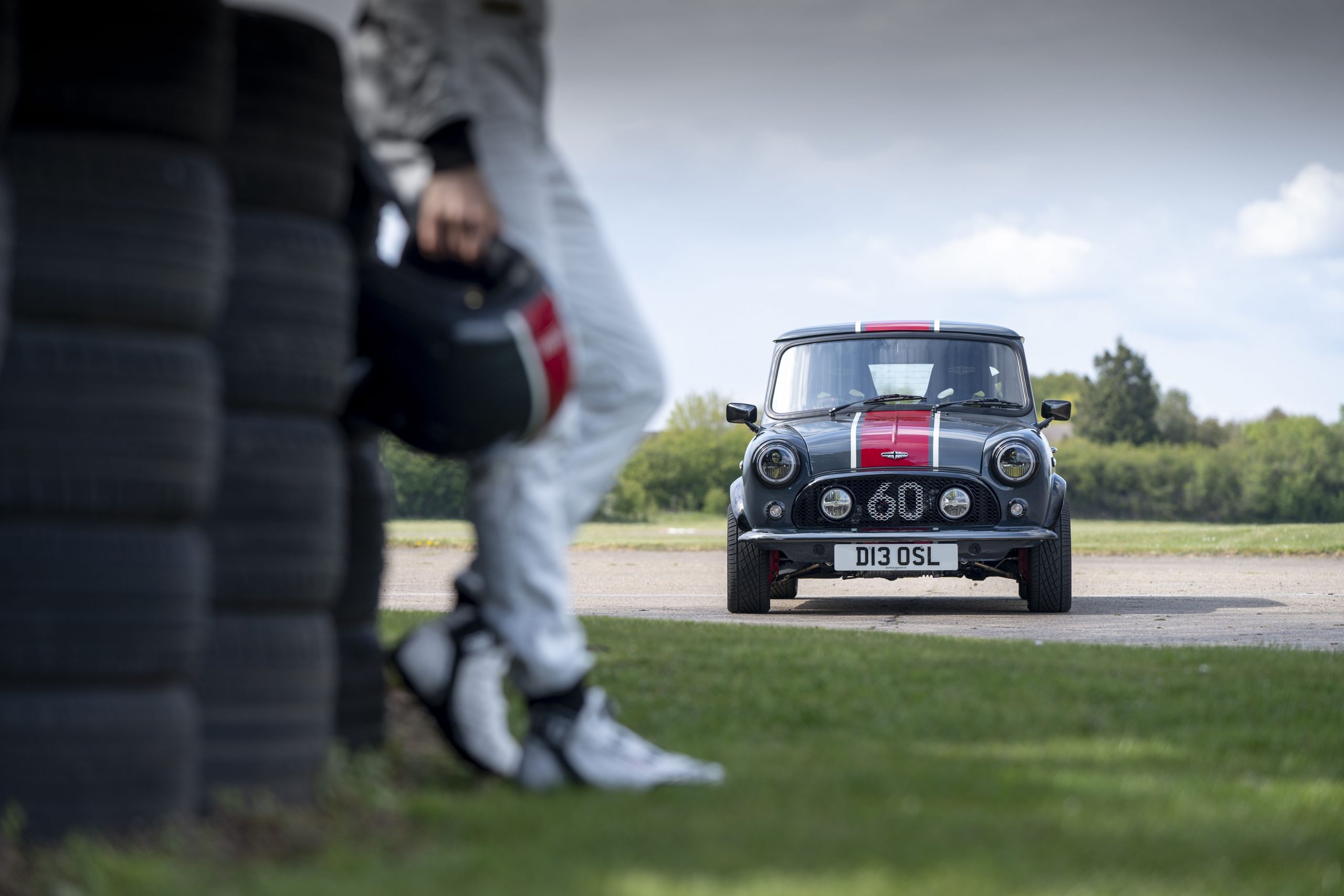 – At home in the fast lane of city roads or as a weekend racetrack machine, the newest model from David Brown Automotive can be ordered as a four-seater car or stripped back for the circuit as a two-seater complete with a hand-trimmed, leather-lined roll cage

– Oselli, experts in engine tuning and founded in the 1960s, offers considerable experience with the Mini ‘A-series’ powertrain units for peak performances in racing events

– Mini Remastered, Oselli Edition is hand-built to order, with models made at David Brown Automotive’s specialist build facility in Silverstone, before moving to the workshop of Buckinghamshire-based Oselli for engine tuning and performance enhancement

– Formula 1 reserve driver, Jack Aitken, is the face of Mini Remastered, Oselli Edition as the young racing star is announced as a Brand Ambassador for the launch of the performance car, having owned a classic Mini as his first car

Silverstone, England (17th May 2021): David Brown Automotive is delighted to reveal the new Mini Remastered, Oselli Edition in full, with the first examples completed and customer deliveries starting now for the highly tuned performance version of the luxury marque’s celebrated iconic city car. Made in partnership with race powertrain specialists, Oselli, the new car from David Brown Automotive is the most performance-focused version of the Mini Remastered created to date by the company.

Hand-made to order in the Silverstone build facility of David Brown Automotive, and with a drivetrain engineered in partnership with Oselli, the acclaimed British engine tuning specialist first founded in the 1960s, the one-of-a-kind and race-ready city car is the most powerful Mini Remastered ever created. The car launches with a power rating of 125 hp at 6,200 rpm, a torque rating of 113 ft-lb at 4,500 rpm and an impressive 0-62mph time of 7.8 seconds. Designed and engineered to have a dual personality, Mini Remastered, Oselli Edition is just as comfortable on city streets as it is on the racetrack.

Key performance enhancements to make Mini Remastered, Oselli Edition ready for the track include a number of expert technical changes overseen by Oselli, including a hand-ported and polished cylinder head, strengthened crankshaft, high-torque performance orientated camshaft, twin-SU carburettor set-up, a limited-slip differential; together with other sports-centric tuning around the car including high-performance brakes by AP Racing, sports-orientated suspension by Bilstein and a free-flowing sports exhaust system. The car is made with larger 13-inch wheels fitted with high-speed-approved tyres to maintain grip on the road or track surface. Mini Remastered, Oselli Edition is constructed with a remastered five-speed gearbox, while an automatic version is also available (offered as a four-speed set-up, with a 1,380cc engine).

A selection of unique exterior colourways are available with contrasting stripes that carry through to the interior design. A choice of ‘Carbon Grey’ and ‘Old English White’ base colours match the accents in either ‘Competition Red’, ‘Royal Blue’ or ‘Heritage Green’. All exterior graphics are hand-painted for an extremely high-quality finish. Monochrome, hand-enameled badging – used by David Brown Automotive in other performance limited-edition models, such as the Speedback Silverstone Edition, launched in 2018 – adorns the exterior of Mini Remastered, Oselli Edition and the look is completed with full black chrome brightware.

The grille of the performance car shows the number ‘60’ in contrasting hues as a nod not only to the race numbers that show on cars taking to the track, but also to the 60 years since the original Mini first rolled off the production line. Also on the front of the car, full LED lighting with auxiliary spot lights shines the way with clear, modern and powerful beams of light.

A number of new interior design options also live up to the standard of the performance-orientated classic car’s sporty look and feel. Mini Remastered, Oselli Edition can be ordered in either a two- or four-seat configuration, with the two-seater featuring bucket seats shaped for a thrilling ride and a rear hand-trimmed roll cage, while a four-point seatbelt harness adds to the feel of a car intended for the racetrack. There is also the option to order the car with twin fuel tanks for extra mileage range on longer journeys or race events. An interior lined with hand-trimmed luxury leather and Alcantara materials emphasises the premium look and feel of Mini Remastered, Oselli Edition.

Mini Remastered, Oselli Edition was first unveiled towards the end of 2019, and David Brown Automotive has been working hard with the team at Buckinghamshire-based Oselli since to refine the high performance version of the classic city car, which will be limited to 60 bespoke models.

Formula 1 test driver, Jack Aitken, is the face of Mini Remastered, Oselli Edition. The young racing star, who is a true Mini devotee having personally owned a version of the classic city car for a number of years, is announced as a David Brown Automotive Brand Ambassador for the launch the performance car.

Mini Remastered, Oselli Edition is available to order now in both right and left-hand drive. Enquiries can be made via David Brown Automotive directly or via their distributors and agents in overseas markets. Pricing is available on application.