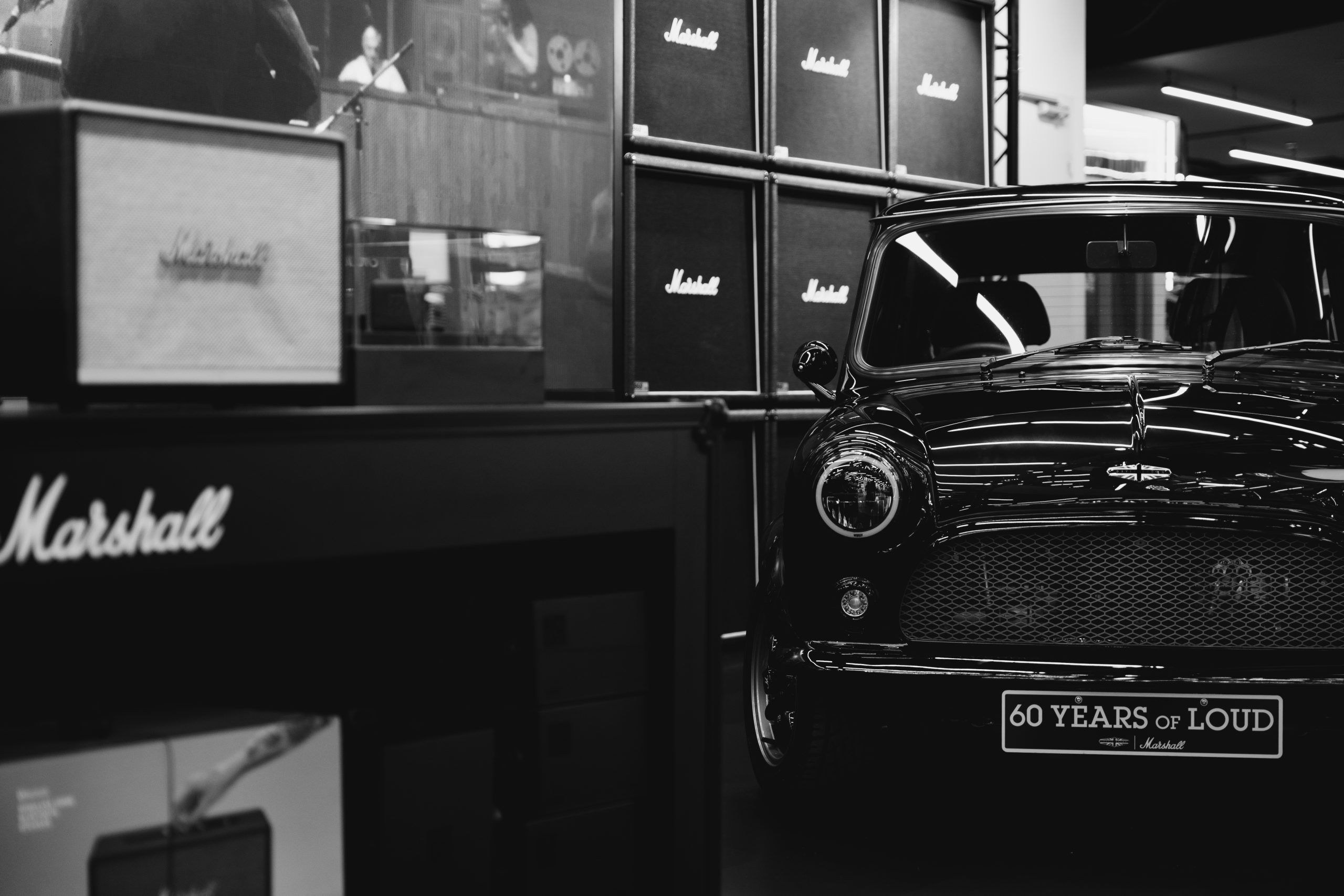 – Car will be on show to the public for the first time, at the CITADIUM centre on the Champs-Élysées

– 60 examples to be built, available in both right and left-hand drive

The modernised take on the classic Mini – conceived to commemorate Marshall Amplification’s 60th anniversary – will be on show until 12th December in the CITADIUM complex, bringing timeless British style, and considerable rock and roll appeal, to the French capital.

The cutting-edge, boutique space – home to a carefully curated selection of internationally renowned luxury and fashion brands – will play host to this 21st century take on a the classic Mini, which is on show to the public for the very first time.

Launched to great fanfare earlier this year, Mini Remastered Marshall Edition is handcrafted alongside other Mini Remastered variants, as well as the Speedback grand-tourer range, at David Brown Automotive’s state of the art facility in Silverstone, UK.

“Mini Remastered Marshall Edition is a stunning example of precision design and handmade quality, bringing two British brands together. It is a modern, rock and roll take on one of Britain’s most iconic shapes and we are delighted to bring it to the heart of Paris – the world’s fashion and style capital.”

Each David Brown Automotive Mini Remastered is painstakingly hand-built over thousands of hours, re-engineered from the ground up using a new shell; it’s a classic Mini reimagined for the 21st century, enhanced with a sumptuously trimmed interior and comprehensively remastered mechanicals.

Mini Remastered Marshall Edition is distinguished from the core Mini Remastered range by unique colour, materials and finishes – all inspired by the styling of Marshall’s iconic products, as well as an amazing Marshall 8-speaker sound system and pull-out amp in the loadspace.

“Since revealing Mini Remastered Marshall Edition earlier this year – a key part of the celebrations to mark Marshall’s landmark 60th anniversary. We can’t wait to see the response from the public during the car’s star turn in Paris in the build-up to a very busy Christmas shopping period.”

Just 60 of these ultra-exclusive, thoroughly modernised classic Minis will be produced, with a share of the proceeds from each sale going to the Music Venue Trust, a charity helping independent music venues around the UK recover after the disruption of the Coronavirus pandemic.

The ultra-exclusive, stylishly modernised Mini Remastered Marshall Edition is offered in both right and left-hand drive configurations and is available to order now directly through David Brown Automotive or through their rapidly growing network of international distributors. Pricing is available on application.