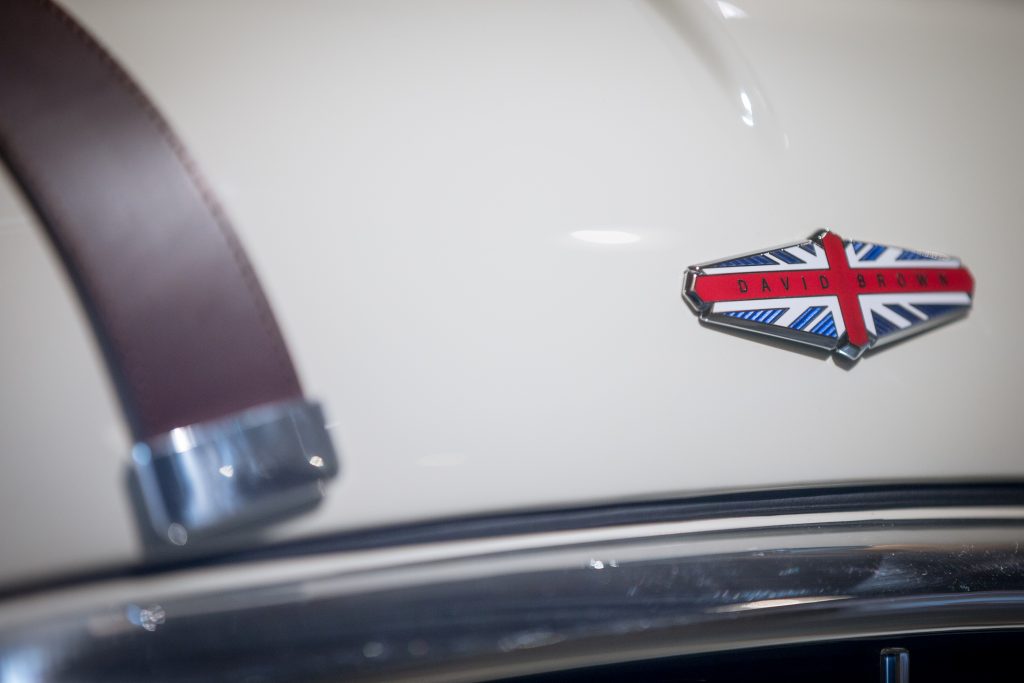 – Mini Remastered will make its UK public debut at The Confused.com London Motor Show from 4th – 7th May 2017

Coventry, England (28th April, 2017): David Brown Automotive is delighted to invite visitors to its stand at The London Motor Show from 4th to 7th May, for the UK public debut of its eagerly awaited Mini Remastered model.

Mini Remastered takes a quintessentially British automotive icon and remasters it for the 21st Century, blending modern technology and connectivity with bespoke coachbuilding techniques. Based on a classic Mini, David Brown Automotive’s inspiration is intended to be the ultimate blend of modern and classic design for stylish town and city driving.

Remastered from the ground up, each car is handbuilt in the UK using traditional coachbuilding methods, and takes up to 1,000 man hours to create. The exterior shape has been refined and visually softened by de-seaming the silhouette, additional support has also been added through bespoke beams and additional struts for rigidity. The engine and gearbox have been fully refurbished and the company are able to offer up to 50% extra power output from the original unit.

Fresh from the company’s trip to Monaco for the Top Marques show, the David Brown Automotive team are also delighted to announce that they have already begun to take pre-orders for build slot reservations following the car’s launch in April 2017 and have received an overwhelming response to Mini Remastered following its global reveal.

“It’s great to be home in London, and I can’t wait to show visitors our new Mini Remastered alongside the car that started it all, Speedback GT,” said company founder David Brown. “The team have already taken number of pre-orders for Mini Remastered, we’re currently building the 12th Speedback GT and nearing completion on our all-new HQ at Silverstone in the UK. I’m tremendously excited for the future and delighted to be sharing our next model at The London Motor Show next week.”

With over 237 developments since the prototype’s launch in 2014, the MY17 Speedback GT combines the style of a classic grand tourer with modern engineering, technology and conveniences. Much like Mini Remastered, each car is created with traditional coachbuilding techniques and each limited-edition Speedback GT is commissioned by the individual and handbuilt to order – a process that takes over 8,000 man hours.

Launched in 2014, Speedback GT set the standard and ethos for David Brown Automotive and its all-new Mini Remastered is the second in a line of classic-inspired, coachbuilt, luxury cars from the marque. Building in stature, the company has stayed true to its British roots and recently moved its HQ and manufacturing facility to Silverstone, UK. A stone’s throw away from the home of British motorsport, the new HQ will also incorporate a new design and sales studio, due to open in summer 2017.