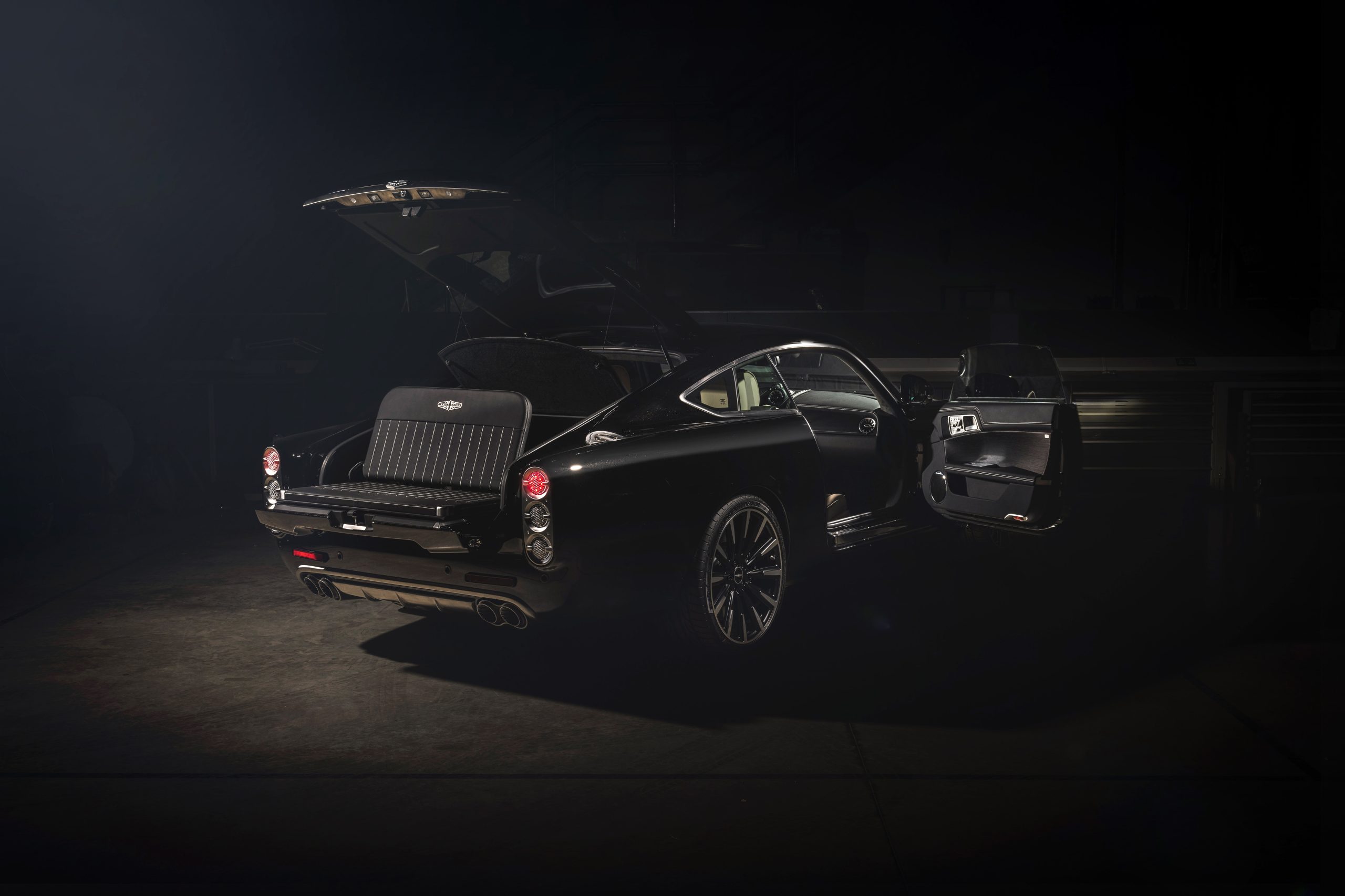 – Unique and highly bespoke Silverstone Edition has been carefully crafted by hand in England for over 8,000 hours

– One of a limited production run of just 10 cars worldwide

Silverstone, England (20th January 2022): David Brown Automotive has unveiled the latest commission in its limited run of Speedback Silverstone Edition luxury grand tourers, one of just 10 to be built.

This particular ultra-exclusive Silverstone Edition is destined for an owner based in Asia. The level of work required on the unique model has taken over 8,000 hours by David Brown Automotive’s expert team of dedicated hand builders. It is complete with a unique array of bespoke features.

An evolution of the now iconic Speedback GT, Speedback Silverstone Edition celebrates the heritage of David Brown Automotive’s headquarters and build facility, a location steeped in both automotive and aeronautical history.

This example’s sleek aluminium body is finished in a discreetly menacing ‘Black Metallic’ exterior colour, bespoke to the new owner. The hand-painting process takes over 8 weeks to complete, indicative of David Brown Automotive’s commitment to delivering unparalleled quality for global customers. The lustrous paintwork is offset by milled aluminium brightwork which is chrome-plated and hand-brushed to achieve a more muted effect, and complemented by monochrome badges, which feature on David Brown Automotive’s performance variants, and are hand-crafted by artisan jewellers based in the jewellery quarter in Birmingham, UK.

Inside, the opulent cockpit is also a testament to the hand-crafted and bespoke nature of each creation, with specially optioned heated and cooled ‘comfort’ seats hand-trimmed in rich ‘Oyster’ leather, elevated further by delicate broguing elements. The cockpit features open-pore wood elements to the dash and door cards with subtle aluminium Union Flag and Silverstone Edition inlays, brushed chrome metalwork, and jet-inspired air vents, which again evoke the racing past of Silverstone, whilst simultaneously paying homage to the prestigious location’s aeronautical heritage.

The now famous Speedback deployable picnic seat is also present, folding out theatrically from the loadspace floor. This was specified by the new owner, along with a specially ordered picnic set, which includes a bespoke wool blanket, leather whisky bottle holder, and leather-trimmed flasks, making for the ultimate modern interpretation of the British ‘Gentleman’s Express’.

A curvaceous aluminium body evoking the Jet Age of the 1960s on each Speedback Silverstone Edition is coupled with enhanced and decidedly 21st century performance. A twin-scroll supercharged 5.0-litre V8 sends 601 bhp to the rear wheels via a 6-speed semi-automatic ZF transmission, giving a 0-60mph time of 4.2 seconds and a limited top speed of 155mph. With such refined reserves of power and performance, Speedback Silverstone Edition possesses the continent crushing ability of a true hyper-GT.

The exterior of the car is set apart from Speedback GT through touches giving a nod to the aeronautical heritage of the Silverstone circuit. Aggression and performance-orientation is injected into the timeless 1960s inspired shape through the addition of body-coloured sill extensions and bespoke 20-inch ‘Afterburner’ wheels, delivering a purposeful stance. The exhaust system is also revised, with new jet inspired, rifled quad-outlet exits that emit a visceral yet cultured V8 bark.

“This latest in a line of limited-edition Silverstone Editions is a reminder of the continued appeal of the now iconic Speedback shape, and acts as a fitting tribute to the heritage of Silverstone. This particular model represents the crystallisation of what David Brown Automotive stands for; emotive, timelessly stylish motor cars, that marry bespoke coachbuilding techniques and high build quality with modern performance and an exhilarating, affecting driving experience. Our growing base of customers around the world trust us to imbue each car we produce with these attributes.”

Speedback Silverstone Edition, like all David Brown Automotive models, is handbuilt at the company’s headquarters in Silverstone, UK. Built to order, the car can be made in either left-hand or right-hand drive. Pricing is available on application.