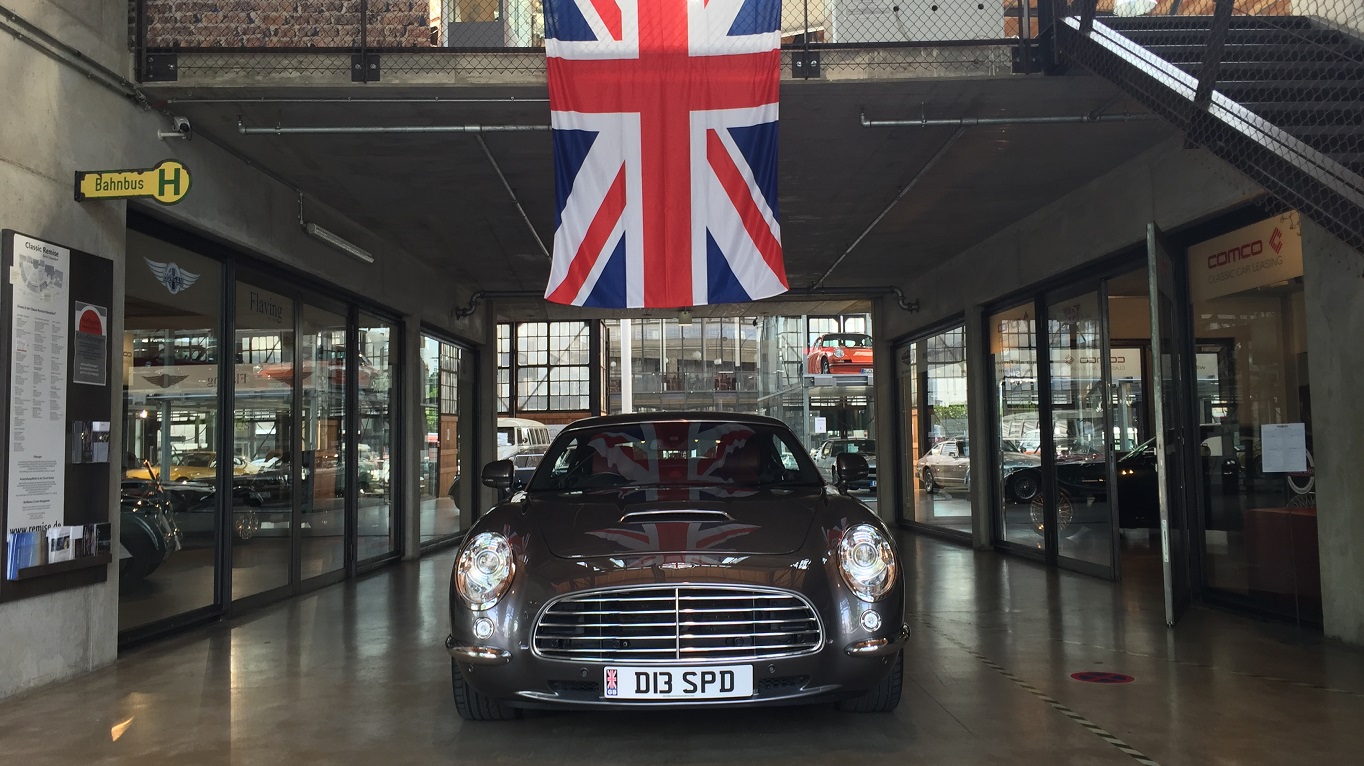 Coventry, England (9th June 2016): David Brown Automotive launched its first continental showroom in Germany yesterday evening and showcased a production Speedback GT, alongside the original prototype, in front of media and guests at the British-themed party.

The new showroom, which is based within Classic Remise in Düsseldorf, becomes the second showroom to join the bespoke David Brown Automotive dealership network since the company was founded in 2014.

The beautiful British Racing Green production Speedback GT was displayed at the showroom’s launch alongside the original prototype. Speedback GT is made in Britain using traditional coachbuilding methods. The handmade luxury sports cars can be tailor-made to any clients’ specification, making it one of the most truly customisable and luxurious sports cars on sale today.

Following the first international deliveries of Speedback GT, which started earlier this year, the all-new showroom further showcases David Brown Automotive’s ongoing success within the market and dedication to its growing customer base. The Germany-based showroom will offer sales support and customer care to its customers within Classic Remise’s luxury location.

“We’ve always known that Germany was a key market for us since the very start” said Company founder and CEO David Brown. “We have partnered with Classic Remise a number of times and they certainly share our passion for beautiful automobiles and excellent quality. Their centre in Düsseldorf is a destination for luxury classic and modern car fans from all over the world. I am delighted to be opening a showroom here in Düsseldorf, a place that has gained a reputation for excellence within the automotive world. I can’t wait to see what the future in Germany will hold, including many more deliveries of Speedback GT to customers in the region.”

The launch saw both David Brown and Marcus Keller, the company’s Brand Representative for the region, open the showroom in front of customers, stakeholders and media who were welcomed with British-themed refreshments including Pimms and beer from David Brown Automotive’s sister company, The Brewing &amp; Distilling Company (aka. BAD Co.).

David Brown Automotive has a long-standing relationship with Classic Remise, including displaying Speedback GT on its stand at Techno Classica Essen in 2015 and 2016 and showcasing the car’s prototype at its showroom location in Düsseldorf in 2015.

The new Düsseldorf-based showroom is open to the public from today, 9 th June from 8:30am to 5:30pm local time. Media are welcome to visit the new showroom within Classic Remise on request by contacting the PR representatives listed below.