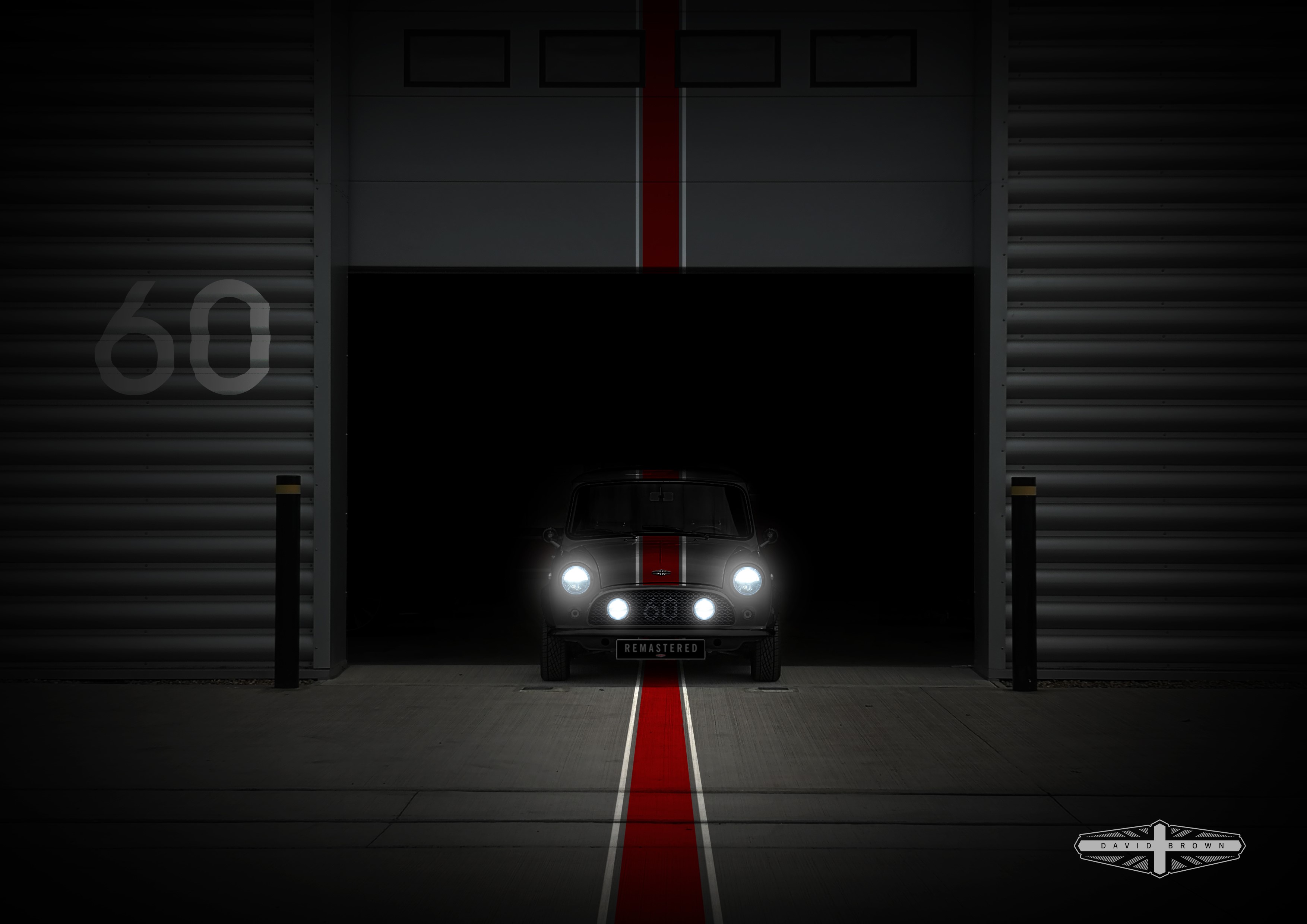 – Limited run of 60 cars for highly tuned Mini Remastered, marking the 60 years since the Mini was first revealed on 26th August, 1959

Silverstone, England (27th August, 2019): David Brown Automotive is preparing to announce details of an exciting new project that will lead to the launch of the first performance-focused Mini Remastered model. The highly-tuned Mini Remastered model will serve a limited run of 60 cars to mark the same amount of years since the first Mini was revealed on 26th August, 1959.

The teaser image released by David Brown Automotive give hints of the high-performance version of Mini Remastered that will be made in partnership with classic car performance specialists, Oselli. Like other models from David Brown Automotive, this new model further demonstrates a commitment to bespoke British handcraftsmanship, combined with modern engineering, technology and conveniences.

The new model will have an engine unit developed in partnership with Oselli, with other performance upgrades added. Oselli is a prominent force in the classic car performance and restoration sector, beginning business in the early-1960s and forming a niche to specialise in tuning and enhancing performance for the A-series engine. The expert team at Oselli has a wealth of experience rebuilding and improving engines for a performance experience, as well as preparing, building and racing cars in competitive motorsport events, which combined with David Brown Automotive’s engineering and design pedigree for classic Minis, will see the company launch the most powerful Mini Remastered yet.

The limited edition Mini Remastered will be offered in a number of one-off colour combinations, developed exclusively by David Brown Automotive alongside a number all-new performance-driven options.

Renderings of the new car will be revealed in full before David Brown Automotive exhibits at Goodwood Revival (13th to 15th September). As well as revealing more information on this new model at the show, the company will be exhibiting a Speedback model and two unique Mini Remastered models on its 100m2 stand, located ‘Over the Road’ at Stand 389, adjacent to the fairground and accessible from the pre-1966 car park.

If you would like to discuss reserving a build slot for this new limited edition Mini Remastered, please speak to a Sales Representative.