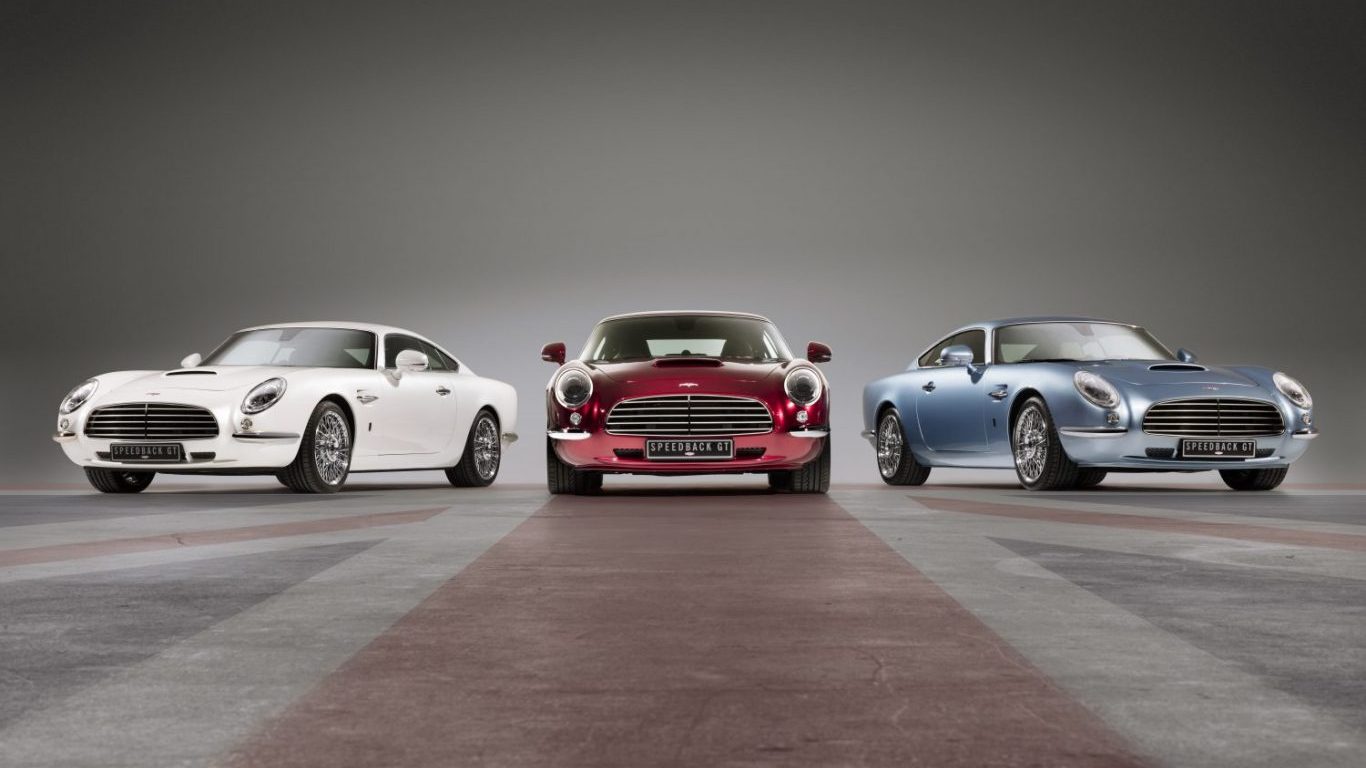 – ‘Behind the Scenes: Best of British’ film demonstrates attention to detail and precision

Coventry, England (31st October 2016): David Brown Automotive has released ‘Best of British’ images of three of its latest production-specification Speedback GTs in patriotic red, white and blue exterior paint finishes, alongside the film, ‘Behind the scenes: Best of British’ showcasing the skill and attention to detail needed to create the images.

David Brown Automotive has come a long way since revealing the Speedback GT prototype in 2014. The latest images show production-specification cars numbered 003, 004 and 005, in colours that resemble those of the Union Flag, and which celebrate the company’s growth and continued development as a proud, British automotive manufacturer.

The ‘Behind the scenes: Best of British’ film demonstrates the precision and effort that runs through every aspect of David Brown Automotive, from shoot angles, to positions of the cars themselves; while offering the rare chance to see behind the scenes at a prestigious photoshoot.

At present, five cars have been built and delivered to their new owners, with further cars in build. The company currently has the capacity to produce six to ten cars each year with plans to increase this in the very near future.

Each and every Speedback GT has a completely unique colour, which is developed by the company for each owner and specially created for each individual car. The cars pictured, painted in Ruby Tuesday, Blue Moon and White Knight, are painstakingly prepared, painted and lacquered over a period of eight weeks each, finished to achieve a rich, deep and flawless finish. The unique colour and depth of car number 004 benefits from an incredible 14 different layers of paint to achieve its dazzling finish.

“I’m so proud of the team who have achieved so much in such a short space of time” said company founder David Brown. “It’s an amazing feeling to be delivering production-specification vehicles to their delighted new owners. It was a fantastic coincidence to have three cars finished in red, white and blue finished and together at the same time for the photoshoot and just epitomises that David Brown Automotive really does represent the best of British automotive craftsmanship too.”

Priced at £495,000 exclusive of taxes, Speedback GT promises exceptional performance and handling, hosting a 5.0-litre V8 supercharged engine with 510bhp and 461ft lb of torque, hitting 0-60mph in 4.6 seconds with a top speed of 155mph (limited)

#MiniRemastered is making its #Japanese debut this weekend at the #AutomobileCouncil event in Chiba, Japan. https://t.co/BCuOFzOGRn
- Saturday Aug 1 - 2:16pm

Each Mini Remastered is meticulously hand-painted

This error message is only visible to WordPress admins