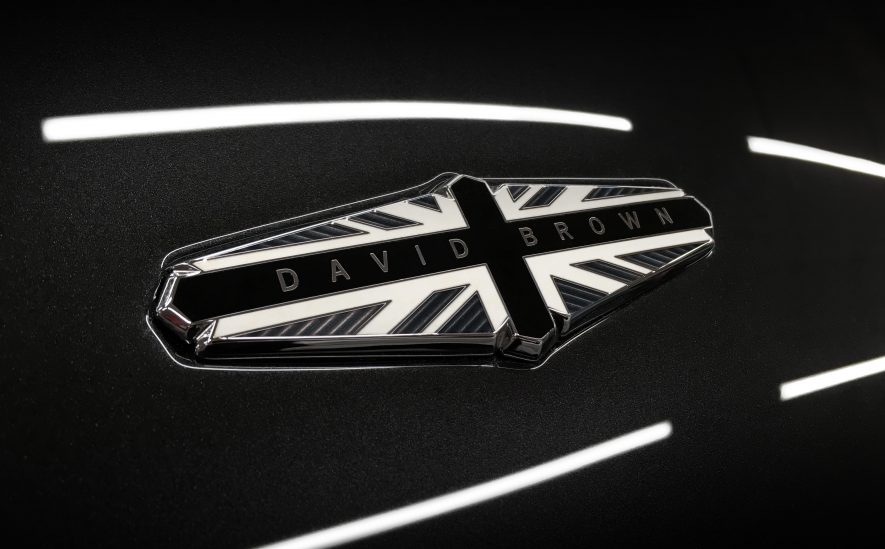 Silverstone, Great Britain (6th  February, 2018): David Brown Automotive will take the covers off its most performance-focused model ever at the Geneva International Motor Show next month.

With a commitment to bespoke British handcraftsmanship, the car will capture David Brown Automotive’s vision of a high-performance classic Grand Tourer. Each of the strictly limited models will be handbuilt at the company’s Silverstone headquarters, absorbing the location’s famous racing and aeronautical heritage into the car’s high-octane pedigree.

One year since Speedback GT was showcased in Geneva for the first time, and sitting next to the first production Mini Remastered cars to have left the build facility, David Brown Automotive will once again target a distinguished audience with this performance-orientated model.

“This is something that we’ve been looking forward to doing since launching Speedback GT and I can’t wait to reveal more,” said David Brown, company founder and CEO. “With its unprecedented levels of performance, this vehicle allows the David Brown Automotive brand to appeal to our existing customers, and new customers alike. The car brings yet another exciting opportunity for our company.”

The car will be revealed in full at the David Brown Automotive press conference at the Geneva International Motor Show on Tuesday, 6th March at 11:45 CET/10:45 GMT at the company’s stand in Hall 2, Stand 2142.

You can follow announcements from David Brown Automotive on social media, using the hashtag #PrepareForTakeOff