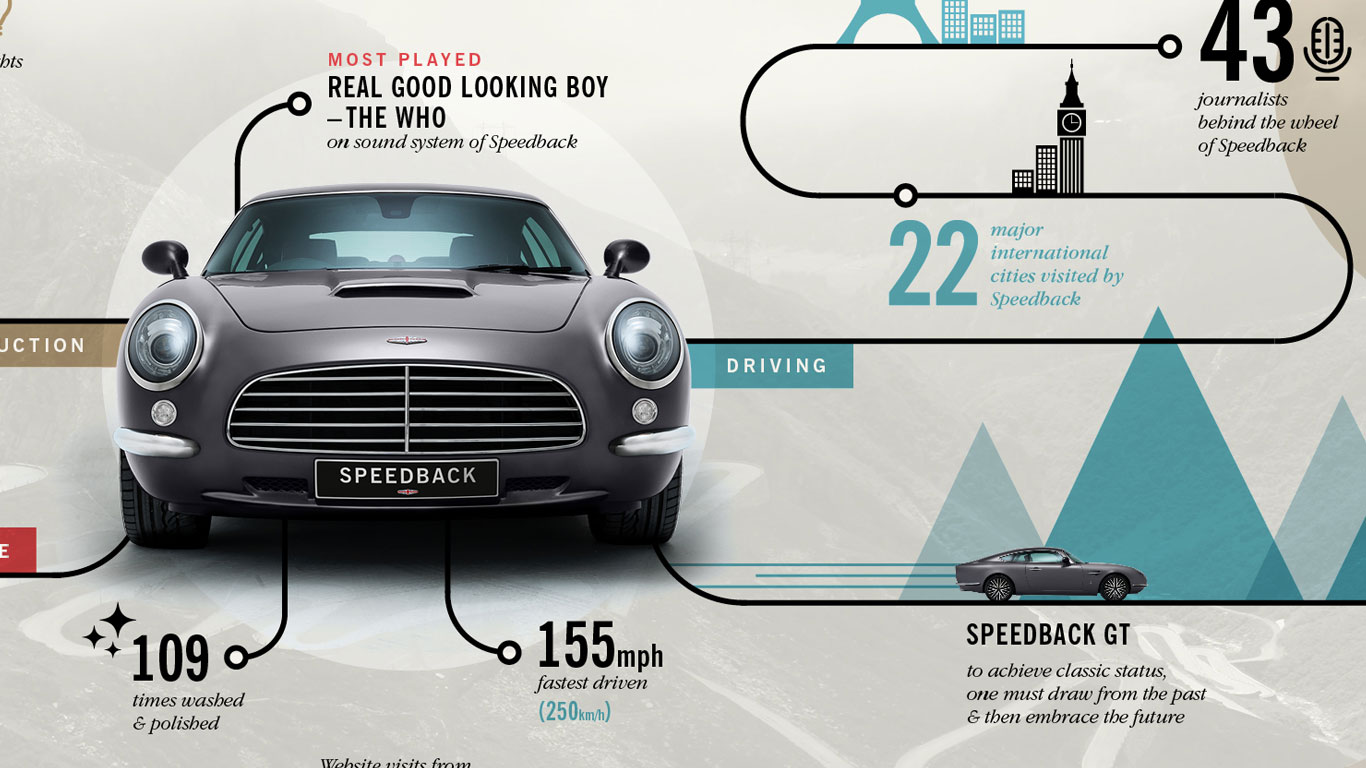 – A celebration in numbers: Speedback GT celebrates its first anniversary with some impressive statistics!

– To celebrate the first birthday of Speedback GT, the David Brown Automotive team has pulled together some impressive year one statistics

Coventry (March 2015): No modern car better embodies the wonder of British craftsmanship and the beauty of high-quality, bespoke engineering than the incredible Speedback GT. Launched in March 2014 to huge international acclaim, it seems only right to celebrate the first anniversary of the car by looking back at 12 months of amazing achievements and staggering statistics. As such, the David Brown Automotive team has been running the numbers on what has gone into creating one very full year of British automotive history. It’s a story of fun, hard work and perhaps just a little frivolity!

The amusingly created infographic tells the full story, but there are one or two numbers worthy of note:

– No less than 3,200 man hours go into the production of just one Speedback GT

– 15,151 miles of exciting motoring has now been covered by the prototype car

– 43 journalists have driven the car and, to date, generated 3,467 pieces of worldwide media coverage

– And – in case you wondered – ‘Real Good Looking Boy’ by The Who, was the most played track on the prototype’s sound system!

“It’s been an amazing first year for us, it’s been immense fun and the blood, sweat and tears by the whole team have all been worth it”, says CEO and Founder, David Brown. “Developing a new car of this quality is no small undertaking and we knew from the outset that it had to be absolutely right. Pulling all of these statistics was something we really wanted to do – just to put some numbers on an incredible launch year for the company.”

To view the infographic in a larger format, please click here. 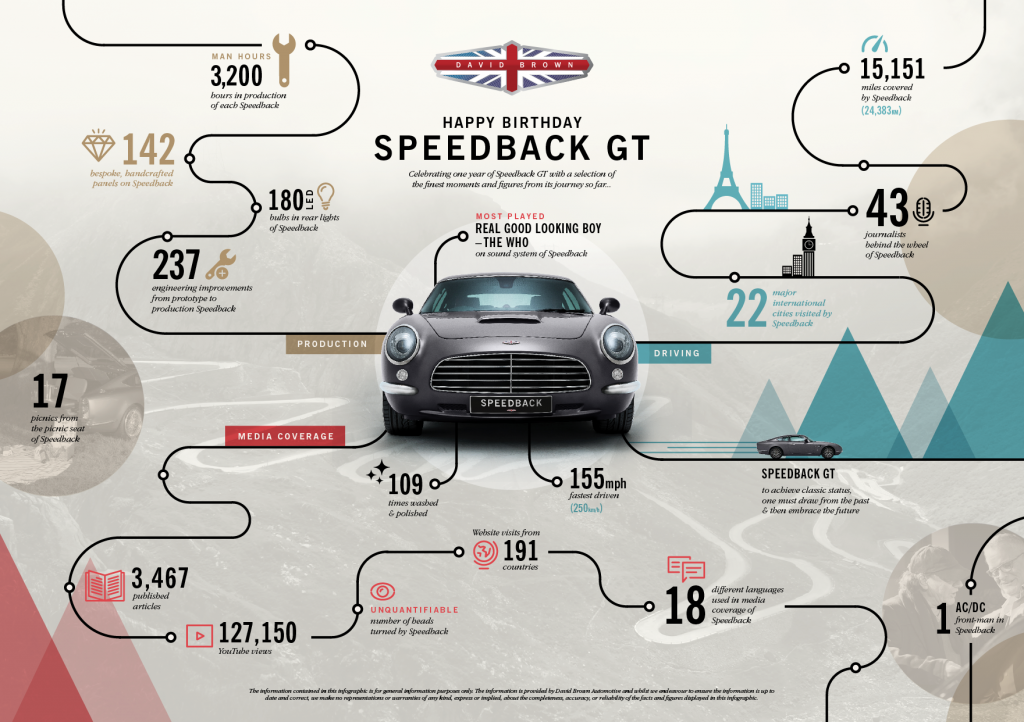 Speedback is currently on display at Retro Classics in Stuttgart, taking place between 26th and 29th March at Stuttgart’s Landesmesse.